You Will NEVER Get Rich Working for Somebody Else!

You Will NEVER Get Rich Working for Somebody Else!

Have you ever wondered WHY the rich get richer, the middle class shrinks and the poor get poorer?

Well, believe it or not, there’s a definite reason for this.

Think about it… You were born into a system that was made to keep you down.

If you aren’t wealthy, and your parents weren’t ridiculously wealthy, you were at a stark disadvantage right out the gate…

I'll teach you to live the laptop lifestyle you DREAM of using the power of Passive Income Online...

The system was designed to create worker drones, not millionaires.

From a young age, you’re thrown into an educational system that’s meant to shape you into one thing:

You need to start thinking of how you can begin to create something of value.

Here’s a reassuring fact: a LOT of the insanely successful people in this world aren’t that smart.

A lot of them aren’t smarter than you or me. What, then, is the difference?

So if you’re working a 9-5 job, you’re definitely creating something, but you’re creating it for someone else and not yourself.

You will never get rich working for someone else. EVER.

P.S. This program allowed me to generate 4-Figures Monthly in Passive Income at only 25 years old and is FREE to get started! Also, when you join I will personally mentor you one on one!

If you’re ok slaving away at a job that supports making someone else’s dream a reality, and not your own, this blog isn’t for you…

When you work a 9-5 job, you are essentially trading your time for money…

Now, if you think that’s all your life is worth, then by means, leave this blog…

Be happy with your 9-5 job. There’s nothing wrong with that.

However, if you’re one soul who’s reading this and thinking, “Koda, my life is definitely worth more than 25 dollars per hour!!!”, then I am speaking to you.

(Just in case you have low self esteem or something, your life is worth more than 25 dollars per hour, by the way.)

Here is a little bit of a radical example, but take billionaire business tycoon Bill Gates: if Bill is walking down the street and drops a hundred dollar bill from his pocket, it is literally not worth his time to pick it up….

Why? because for every second that he is alive, he makes approximately $114.

Now, you’re telling me that you’re not worth $25 dollars per hour when Bill gates is worth over $100 per SECOND? That’s ludicrous.

You’re both human beings. You both eat, breath and crap… Don’t tell me your life isn’t worth more than $25 dollars per hour.

Once you admit that your time is invaluable, you can start to rebuild your shattered beliefs.

Recommended: This is how I create a 4-Figure Monthly Passive Income at 25 years old…

I want to show you something…

If you do a quick search for top 10 highest paying salaries, you’ll quickly get an idea of what the financial system is in the US.

As of now, here are the top 10 salaries:

And the Number # highest paying salary is….

Now… to the average person, this may seem like a lot of money (And it is- don’t get me wrong…)

But from this data it is evident that the financial System in place doesn’t want its worker bees to exceed the salaries on this list.

The system wants to hold you in place and keep your salary in check!

What if I want to make one million dollars per year? Or one billion?

The fact is, nobody has the right to stop you.

The harsh truth, however, is that the only way for you to escape the system is to start thinking outside of the box.

You have to realize there is a box in the first place!

There is a box, and you are in it…

You can’t see, hear taste or smell that box, but it limits every fiber of your existence without you even knowing it’s there.

You were born into that box, and now, it’s time for you to break out of it!

You have to stop thinking in terms of “salaries”, because the world of salaries is only limit your potential to make money.

If you think in terms of salaries, you’ll start to say things like “Only doctors can make 200k a year” or “engineering is where it’s at.”

Do you know how many times people throughout my life have told me I should pursue engineering because it’s “where the money’s at”? A lot…

A lot of people have told me that. And I shoot them down every time.

Yeah” I’ll rebut, “…but entrepreneurs can make TWENTY TIMES what an engineer can make..” and then people are always stunned like deer caught in the headlights.

It’s like I spoke a foreign language to them…

That area of thought is just unknown to them. They don’t know any better.

That’s the beautiful thing about being an entrepreneur and doing your own thing. You break away from the system that everyone is a slave to…

Want to Quit Your Job and Make a Full-Time Living Online? …I Can Help! Check Out My #1 Recommendation for Making Money Online. I’ll Coach You for Free!

The caveat is that it’s definitely not for everyone…

It’s a lot of work up front to live a great life down the road.

I’ve told you about the system that you live in, the prison your financial freedom is being kept locked away in…

The next step is for you to stop working for someone else.

You need to take a chance to create something great. It’s time for you to become an entrepreneur and get paid what you’re worth.

Don’t misunderstand my words! I’m not saying quit your job…

I’m saying start working towards developing your side hustle so that you can start to work TOWARDS quitting your job in the near future.

If you’re starting your own business, you’re still going to need a stream of income to support your business goals, so don’t quit your job yet.

You need to rely on the system UNTIL you are strong enough to break away from it.

Once you are strong enough to break away from it, however, that is when you will be truly free.

Want Me To Mentor You For Free? Wanna Quit Your Job and Make a Full-Time Living Online?

I'll coach you on my "Secrets" of Making Money Online. I'll teach you how to turn that laptop dream lifestyle you desire into reality. 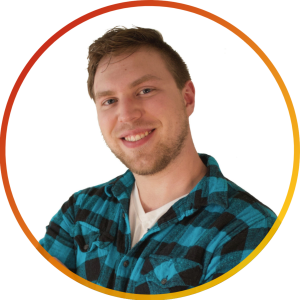 Hi, I'm Koda and welcome to my blog! 🙂 ...I am an experienced affiliate marketer who has a passion for helping beginners succeed online. I created this site (Get Money Blogging) to help you live the laptop lifestyle you dream of! Not only will I help you tap into your passions, but together, we'll actually turn them into a lucrative online business. So get ready to live the life you dream of- wealth, freedom and ultimate control! -Koda Moon

6 Types Of Internet Business You Can Start TODAY

6 BUSINESS Lessons We Can Learn From Naruto

How to Make An Effective Daily Routine (7 Steps)

6 BUSINESS Lessons We Can Learn from Rick and Morty

How to Escape The 9 to 5 Life (Modern Slavery)

My Affiliate Marketing Story & Why I Took A Chance

10 thoughts on “You Will NEVER Get Rich Working for Somebody Else!”